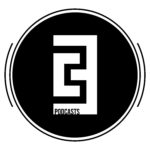 1 Samuel 16:6-13
– We often look at surface things
– Culture paints a picture that if we don’t have all the great material things then we won’t be happy
– “THE LORD LOOKS AT THE HEART”
– What’s important to God is what is in your heart
– Do you have a heart condition this morning?
– Israel wanted a KING and God wanted a HEART
– David was the 8th son, so being chosen was (in their culture) normally unheard of
– We live in a world that says “You just don’t measure up”
– David would be the person to have major insecurity in him, he didn’t even get invited to the party at his own families house
– But he didn’t do that. He didn’t compare himself. He knew who he was in God
– Have you been labeled?
– You gotta be careful because once you name it you’re stuck with it
– God knew before you were formed that you would have deficiencies, but He doesn’t label you from those. He rips up the labels and calls you by NAME
– Just because you’re not in the lineup doesn’t mean that God doesn’t have something lined up for you
– God knows you and labels you AS HIS OWN!
– What God says about you has the power to change everything about you forever
1 Peter 5:6
– there is a time coming, if you will remain faithful, that God will lift you up and exalt you

God anointed David in the MIDST of his brothers